Curious George has a new sibling! 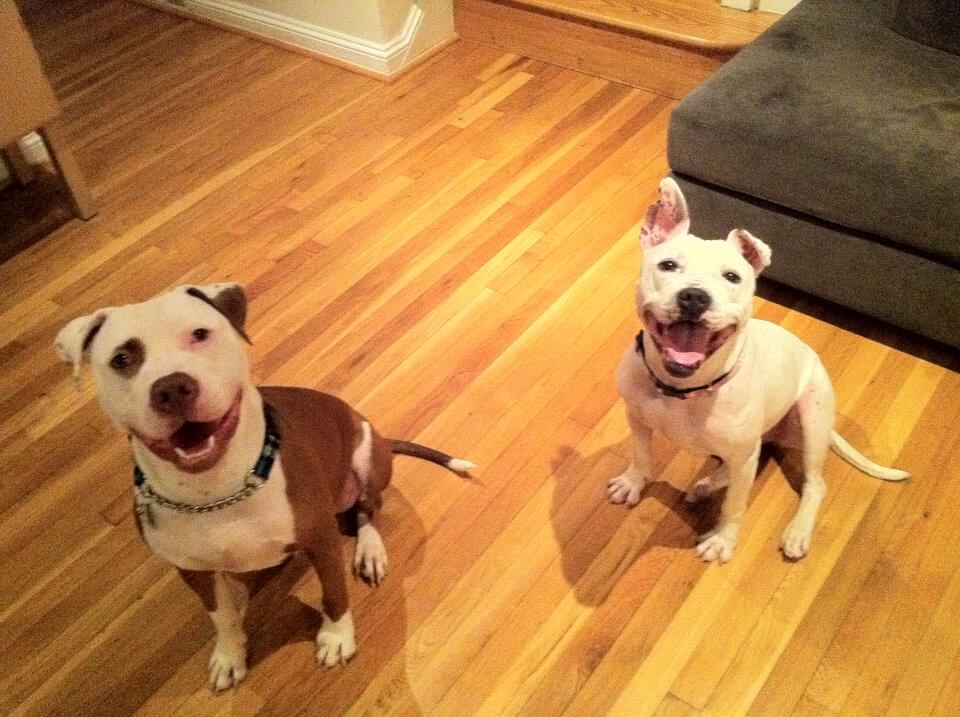 Remember this guy? Who could forget him. He found forever in December. Well, he's about to get a dog sister–one that was named after him.

Georgette, a white Pit Bull Terrier was found only one week after Curious George made his way to the us, rooting through a pile of trash in Chester. She was named after Curious George as their appearance and apparent neglect was similar. Ribs showing, urine-stained with torn ears and a trash bag around her neck, Georgette was extremely fearful of people and dogs. Her story was featured here on 6ABC Action News.

She spent months with us recovering before being fostered by Perfect Pooch: The Pack Leaders, receiving extensive training and dog socialization, where Curious George also spent some time before going to his forever home. Mid-May 2012, Curious George’s parents, Aimee and Eric Tysarczyk, expressed interest in fostering Georgette, who they affectionately refer to as “Gigi” with the possibility of adopting her, in what we refer to as a “foster-to-adopt” situation.

“My new playmate, Ms. Gigi, dreaming of her forever home,” Curious George posted along with a photo of sleeping Georgette on his Facebook page on May 17. “Maybe she already found it right here with me watching over her. No more scars and torn ears to worry about, Ms. Georgette. I'll keep you safe.”

Georgette’s adoption will be official on Wednesday, June 6, when her parents (and canine brother) will sign the adoption papers.

Curious George (L) and Georgette (R) in the their forever home.